The Trademark Modernization of 2020 (“TMA”) was signed into law on December 27, 2020, as part of the COVID-19 relief and government funding bill. It will be fully implemented and take effect on December 27, 2021. TMA brought some remarkable changes to the United States Trademark Act of 1946, a.k.a. the Lanham Act, that will significantly affect brand owners in the U.S.

TMA Codifies Rules for the “Letters of Protest” Practice

There has been a long-standing yet not well-known practice of the USPTO, called the “letter of protest,” which allows third parties to submit evidence to the USPTO prior to registration, regarding a trademark’s registrability. Before the TMA, the USPTO did not have a formal process in place for submitting or reviewing these letters of protest, and it has resulted in the underutilization of this process. The TMA formalizes this letter of protest process for submitting evidence against pending third-party trademark applications by giving it statutory authority. The letter of protest submissions must identify each legal ground for an examining attorney to refuse registration or issue a requirement, include evidence that supports those grounds, and a concise description for each piece of supporting evidence. Following the passage of the TMA, the USPTO issued rules setting out the letter of protest procedures and a $50.00 fee for these submissions that went into effect on January 2, 2021. TMA requires the USPTO to act on submissions of letters of protest within two months of receipt.

The codified letter of protest process under the TMA provides third-parties with a simpler and cheaper procedure compared to the traditional opposition procedure, which limits third parties believing that they may be damaged by the federal registration of a mark to file an opposition during a 30-day opposition period occurring just before registration of the mark in question and pay the expensive opposition filing fees (increased to $600.00 per class from $400.00 this year).

In order to free the USPTO trademark register from numerous illegitimate trademark applications that are not actually used in the U.S. commerce, TMA gives the USPTO the authority to set office action response periods that are shorter than the current six-month response time, but not less than 60 days from the Office Action issuance date. If needed, the applicant may request to extend the shortened response deadline to up to six months.

Before the passage of the TMA, the USPTO permits inter-parte Cancellation proceedings that are similar to court litigation against trademark registrations, which occur before the Trademark Trial and Appeal Board (TTAB). There are a number of grounds on which someone may petition to cancel a third-party registration, including the registration owner’s abandonment or lack of use of the registered mark in interstate commerce.

TMA provides a new post-registration procedure for ex parte expungement of certain improperly granted registrations. Specifically, it allows anyone to petition the USPTO to expunge a registration, either in whole or in part, where there are specific goods or services listed in the registration for which the trademark has never been used in U.S. commerce. This new procedure must be brought between three to ten years after the registration date.

For both the Ex Parte Expungement and Reexamination proceedings, the USPTO’s decision to cancel a registration is appealable, and these proceedings may be initiated against registrations that registered before or after enactment of the TMA.

The TMA resolves the circuit split by codifying into law that trademark infringement plaintiffs shall be entitled to a rebuttable presumption of irreparable harm without the injunction upon a finding of trademark infringement or likelihood of success on the merits, depending on whether the plaintiff is seeking a permanent or preliminary injunction.

If you need help with registering a new trademark with the USPTO, contact us today to discuss your trademark protection strategies with an experienced trademark attorney. Schedule an appointment with us to schedule a free initial consultation! 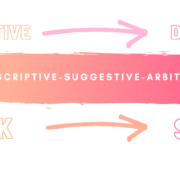 WHAT DO THE METAVERSE AND NFTS MEAN FOR TRADEMARK OWNERS?

4 Secrets to Building Your Best Brand (Part I) 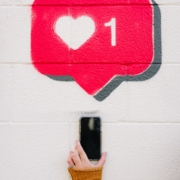