If you are running a business, it is only a matter of time until you will encounter a breach of contract matter. As a business owner, you will need contracts with vendors, contractors, employees, buyers, and countless other people and businesses. To keep your operations flowing smoothly, it is critical to have clear and well-written contracts with predetermined stipulations for all possible issues and outcomes. Often, businesses–especially small businesses–think that due to the trust they have for the other party from their past history and work relationship, they can work well together as needed in goodwill; or that they are doing what they are supposed to by printing out a generic contract found online and having all parties sign on the dotted line. However, this often means that there’s no protection against the worst-case scenario when something doesn’t go as planned. While having entered into a generic contract may serve as a motivator for the other party to try and adhere to the terms of your agreement, it may not articulate the terms of the agreement clearly enough to actually bind the other party to them. Additionally, it is just as important to make sure that the contract spells out exactly what the remedy will be in the event that a breach of contract occurs.

It is fairly inevitable that a breach of contract will occur, whether or not it was intentional or not. For instance, in the event of a miscommunication that resulted in 800 oranges being sent instead of 800 lb of oranges, or if produce rots while in transit, it is important that the existing contract spells out what will happen in these situations. Because it is not possible to anticipate every possible kind of issue that could arise with a contract, many contracts will stipulate that in the event of a breach of contract, the issue will be remedied through arbitration. This means that if a breach of contract occurred and if your contract stipulated arbitration, an arbitrator will review the terms of the contract, determine whether it was breached, and settle on an appropriate solution to remedy the breach. It will be relevant in these sessions what the exact terms of the contract were. Regardless of whether you go to court or to arbitration, the four corners of the agreement will dictate. This means that it is invaluable to have an experienced business and contract attorney draft and review your contracts from the start, to ensure that even if something goes wrong, you will still be in a good position.

Talk to the Business Lawyers at the Carbon Law Group 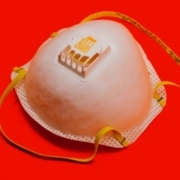 The “Wild West” Mask Market And The Runaway NCNDAs
What is an MSO and How Can it Help Your Medical Practice?