Today’s workplace has become increasingly regulated and complex. Employers have started to recognize the importance of complying with misclassification statutes, and are trying to educate their executives on the process.

On September 18, 2019, California Governor Gavin Newsom signed Assembly Bill 5 (“AB5”) into law. Thus, California businesses will soon face new challenges in their use of independent contractors. AB5 raised the bar for companies that otherwise might rely on freelance or contract workers. The new law establishes stricter criteria, known as the “ABC test”, to maintain a worker as an independent contractor. Specifically, a business must prove that:

Workers that do not satisfy all three criteria will be reclassified as employees, which could allow them to start earning a minimum wage and qualify for overtime pay, paid sick leave, and health insurance benefits.

If you need help with your questions about employee and independent contractor categorization, feel free to schedule a consultation with an attorney using this link or calling our office at 323.543.4453. 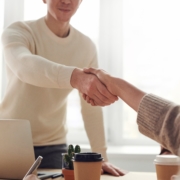