It is the new year and a lot of us resolved to work out more and get stronger. But don’t limit your strength training to just your muscles–your trademarks deserve a little boost as well!?

Why is trademark strength important?

U.S. trademark law recognizes a spectrum of distinctiveness that provides a sliding scale of trademark protectability. Judge Pierre Leval defined trademark strength as the amount of “legal muscle” possessed by a given mark.

A trademark’s relative strength or weakness will also have a direct bearing on its performance in the market. A mark that is highly distinctive functions as a strong mark, identifying the owner as the source of the covered products or services. When a mark is not distinctive or it may already be used by others on or in connection with different products or services, the mark is considered weak.

Therefore, trademark strength is extremely important for trademark owners as it has a strong impact on the value of the trademarks to their owners. It is generally easier and less costly for a trademark owner to acquire and enforce exclusive rights in a strong trademark that is distinctive and unique than one that is descriptive or highly diluted, i.e., widely used.

How is a mark’s strength or weakness gauged?

The relative strength or weakness of a trademark may be gauged by placing the trademark on a spectrum. The types of trademarks discussed below range from the strongest to the weakest.

How to select a strong trademark?

As a trademark applicant, you should try your best to come up with a strong new trademark that is inherently distinctive. The strongest types of trademarks are (1) fanciful or coined marks, such as EXXON for petroleum products, KODAK for photography company; and (2) arbitrary marks, such as AMAZON for retail services, APPLE for computers, SHELL for gasoline, and BLACKBERRY for cell phones.

There are many resources online that can help you with the naming process of your brand. For example, what we found on this website: https://guide.onym.co/ or the books like “Brand Thinking and Other Noble Pursuits.” Check out our other blog post on how to choose a business name here.

If you need help with determining your proposed trademark’s strength, contact us today to discuss your trademark protection strategies with an experienced trademark attorney. Schedule an appointment with us to schedule a free initial consultation! 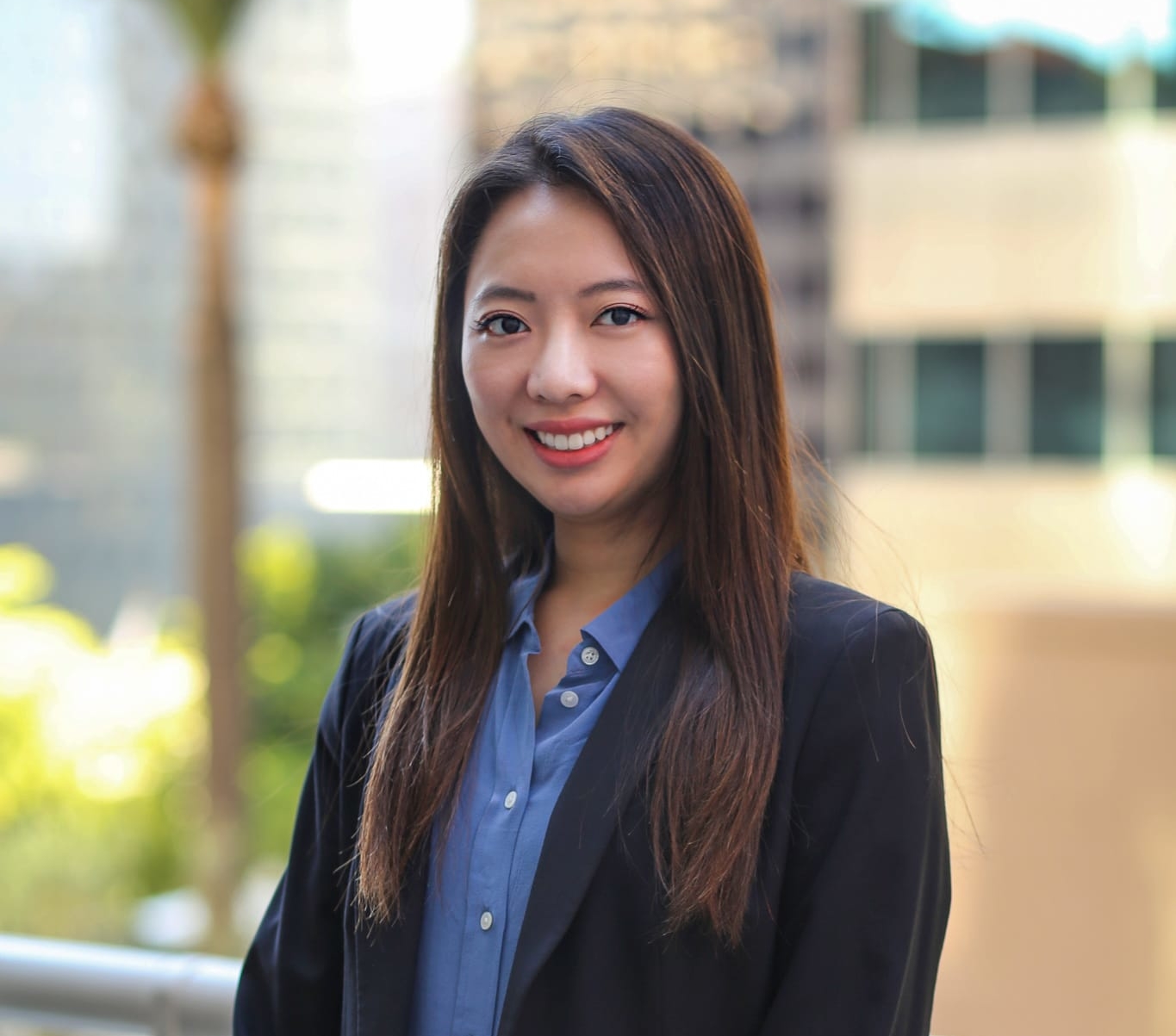 Judy Yen is an associate in Carbon Law Group’s Los Angeles office. She joined our firm in 2019 and her practice focuses on representing emerging companies in intellectual property and business transactional matters.

Born and raised in Taiwan, Judy is a native speaker of Mandarin Chinese. She has used her international legal experience, language, and bicultural skills to represent businesses and investors from the Greater China region in cross-border business expansion plans and execution in investing in the United States. Prior to joining Carbon Law Group, Judy worked for Paul Hastings LLP in their Shanghai office, where she gained valuable experience in international corporate law, including working on two IPO projects.

Judy is admitted to practice law in California. She graduated from Loyola Law School, Los Angeles in May 2019. In law school, Judy was a member of the Fashion Law Clinic, Transactional Negotiation Team and Entertainment Moot Court. She received her bachelor’s degree in Political Science and Accounting from the University of California, Los Angeles.

Judy grew up in a family of artists and entrepreneurs who had fostered her passion for art and business. She is an avid foodie who loves to both explore cool restaurants and try new recipes at home. She also likes oil painting, swimming, and hiking.

We are located in

No Confidentiality. You may not use this website to provide confidential information about a legal matter of yours to the Firm. Your use of this website does not make you a client of the firm or even a prospective client of the Firm. If you have confidential information that you would like to give to any lawyer at the Firm, please communicate with one if the Firm’s lawyers in person or by telephone–not by filling in any form on this website or by sending an unsolicited email to the Firm or any of its lawyers.